http://event.awakeningfromalzheimers.com/episode-2at/
Here is a list of the supplements and their correct spellings in Episode 2a & 2b - please "Like" this post to keep it at the top!

Selegiline – By prescription, approved for Parkinson’s (and is the veterinary medicine given to dogs with dementia), also has been shown to work well with ADD

The Continuum Concept with Jean Liedloff

Jean Liedloff was born in New York City in 1926, as a teenager she attended the Drew Seminary for Young Women and began studying at Cornell University, but began her expeditions before she could graduate.

During a diamond-hunting expedition to Venezuela, she came into contact with an indigenous people named the Yequana. Over time she became fascinated with the Yequana, and made a decision to return to Venezuela to live with them. She wrote her book The Continuum Concept to describe her new understanding of how we have lost much of our natural well-being, and to show us practical ways to regain it for our children and for ourselves.[3] Her book is based on her experiences while living with the Yequana, and discusses in particular their style of child-rearing and its fundamental effect on their later lives.

She was a founding member of The Ecologist magazine
Posted by Holly Paige at 08:20 1 comment: 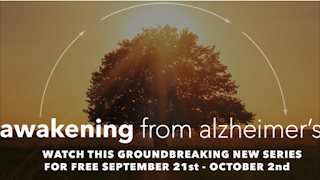 True methods for wellbeing. Would  embellish the dietary aspect though...fish is a little too toxic these days to eat a lot of, there are better methods covered in my book Food for Consciousness.
Posted by Holly Paige at 18:25 No comments:

Hero with a Thousand Faces

"a hero or a heroine that is someone who has found or achieved or done something beyond the normal range of achievement and experience. A hero properly is someone who has given his life to something bigger than himself or other than himself… there are two types of deed one is the physical deed the hero who has performed a war act or a physical act of heroism, saving a life that the hero act giving himself sacrificing himself to another and the other kind is the spiritual hero who has learned or found a mode of experiencing the super normal range of human spiritual life and then come back and communicated it…that is the basic motif of the hero..." ~ Joseph Campbell
Posted by Holly Paige at 11:59 No comments: