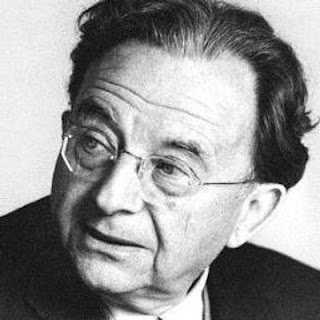 The impulse to flee plays - neuro-physiologically and behaviourally - the same if not a larger role in animal behaviour than the impulse to fight. Neurophysiologically, both impulses are integrated in the same way, there is no basis for saying that aggression in more ‘natural’ than flight.

Man is driven by an innate impulse to flee; he may try to control this impulse by his reason, yet this control will prove to be relatively inefficient, even though some means can be found that may serve to curb the power of the ‘flight instinct’…….

flight serves self-preservation better than fight…history has been determined not so much by instinctive aggression as by the attempt to suppress man’s ‘flight instinct’. ..a large part of man’s social arrangements and ideological efforts have beed devoted to this aim

from The Anatomy of Human Destructiveness by Erich Fromm
Posted by Holly Paige at 23:10